Plus, did you see the cans on Sidney Lumet's daughter? 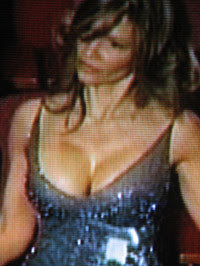 I dunno if that's Amy Lumet or Jenny Lumet...hell, it might be both of 'em!

Pretty great Oscar play-by-play by GoldenFiddle.
"If I ever see Cate BlanCHETT, I’m going to call her Cate BLANchett."

Sara Hall has some good Oscar notes as well.
And I agree with you, Sco-Jo looked really weird...like her hair was done by birds...
However, during the "Science and Technical Awards" section she looked pretty amazing

Hillary Swank: like a superhero with boobs...and horse teeth.

and finally Adam "Sideshow-Bob-Rutebega-Head" Duritz (who somehow used to sleep with Courtney Cox).

THE SPOON AND STRING

Last week, we took some friends out to a new restaurant, and noticed that the waiter who took our order carried a spoon in his shirt pocket.

It seemed a little strange. When the busboy brought our water and utensils, I noticed he also had a spoon in his shirt pocket. Then I looked around saw that all the staff had spoons in their pockets.

When the waiter came back to serve our soup I asked, "Why the spoon?"

"Well," he explained, "the restaurant's owners hired Andersen Consulting to revamp all our processes. After several months of analysis, they concluded that the spoon was the most frequently dropped utensil. It represents a drop frequency of approximately 3 spoons per table per hour. If our personnel are better prepared, we can reduce the number of trips back to the kitchen and save 15 man-hours per shift."

As luck would have it, I dropped my spoon and he was able to replace it with his spare. "I'll get another spoon next time I go to the kitchen instead of making an extra trip to get it right now."

"Oh, certainly!" Then he lowered his voice. "Not everyone is so observant. That consulting firm I mentioned also found out that we can save time in the restroom. By tying this string to the tip of you know what, we can pull it out without touching it and eliminate the need to wash our hands, shortening the time spent in the restroom by 76.39 percent."

"Well," he whispered, "I don't know about the others, but I use the spoon."

Nice Star Wars graffiti.
"There is information I placed into this R2 unit..."

Midi music generated by hamsters.
What do you mean that sounds like a terrible idea? Didn't you hear me when I said Hamsters!?!

Nah, I take it back, she never looks weird. 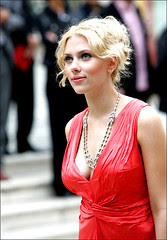 Thanks Matt
Thanks Chris
Thanks Steve
Thanks Kelly
Thanks ThighsWideShut