Let 'em have it/Shut yo' mouth

Old Peculiar Rob Theakston unearthed some video clips of The New Dance Show which was a lo-fi Detroit dance show on channel 62 in the late '80s and early '90s. It was always on at weird times but I never failed to be mesmerized watching all of my brothers and sisters in their finest shaking it down. Now some of the choice moments are available on YouTube.
If you only get to see one, check out this one:

Apparently this clip of the new product Brown 25 from Uranus Corp is from the UHF-style movie "The BoobTube' from the 70s, which was a series of strung together vigenttes and mock commercials.
I vaguely remember that movie...

This pet store offers a "Cat Spa" which is actually more like a car wash for cats. They put a cat into the box which looks kind of like a vending machine, and then all of these jets of water spray the cat. "The pet store told us that cats love it."
This just in: Cats do not love it.

The new supermarket near my house has an automatic water mister to keep the produce fresh. Just before it goes on, you hear the sound of distant thunder and the smell of fresh rain.

When you approach the milk cases, you hear cows mooing and witness the scent of fresh hay.

When you approach the egg case, you hear hens cluck and cackle and the air is filled with the pleasing aroma of bacon and eggs frying.

The veggie department features the smell of fresh buttered corn.

I don't buy toilet paper there any more 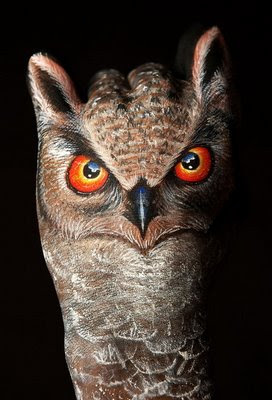 Disturbing Homophobic Christian Rock from a guy with a Freddie Mercury mustache in a pink shirt.
Sounds like somebody's strainin' to do some explainin'.

Here are some really fucked up pictures of Kirk Douglas who looks a lot like the Crypt Keeper.
The cuteness of him going down the slide at a playground is offset by the stories about him bedding German stewardesses and slapping them when they cry out "I'm A Nazi!"

One of the Cylons from Battlestar Galactica is (a skin one, not a robot one...I don't know what the point of that would be) going to be in Playboy next month (link is NSFW). While Tricia Helfer is blonde and sexy and all that, she just doesn't do it for me...too bony or cold-looking...something. 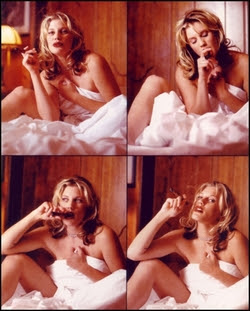 More of a Starbuck man myself.

When did the girl from That '70s Show start working here? 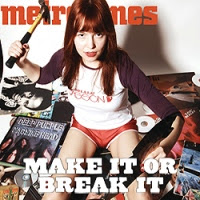 David Van Below tracked down the audio from this Van Halen '84 Memorial Day Special. It's basically 4 hours of the first six Van Halen albums with intros and jibber jabber jive from David Lee Roth. Verrry entertaining.
Log in with datawhatmail (at) yahoo (dot) com

Funny video of a cat repeatedly flushing the toilet.
So that's why our water bill is so high.

Creepy little site where you type in a phrase and they sing it for you.
They take little phrases and words from popular songs and paste 'em together to make a little song that you wrote. Maeve suggests "Punk Ass Bitch" to start.

An interesting alternate take on the Star Wars mythology where R2-D2 is the hero of the entire rebellion.
You had me until R2 started paying off the Jawas on the side...that gets a little hard to get my head around.

Related/Dorky: The entire final space battle in Star Wars re-enacted using human hands.
Somebody put a lot of time into this (as opposed to dating girls).

How can I get some of these Broken Link stickers to put on blank walls? 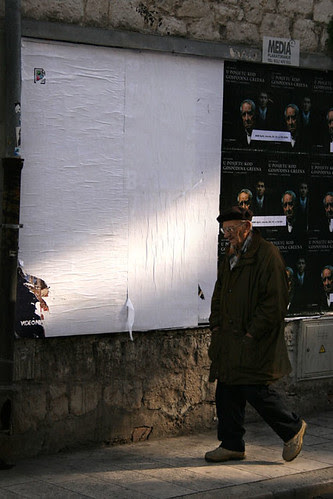 Apparently this bakery has a service where you can e-mail in your text and they'll print it on a cake.
Occasionally though, an HTML formatting error can lead to an interesting message: 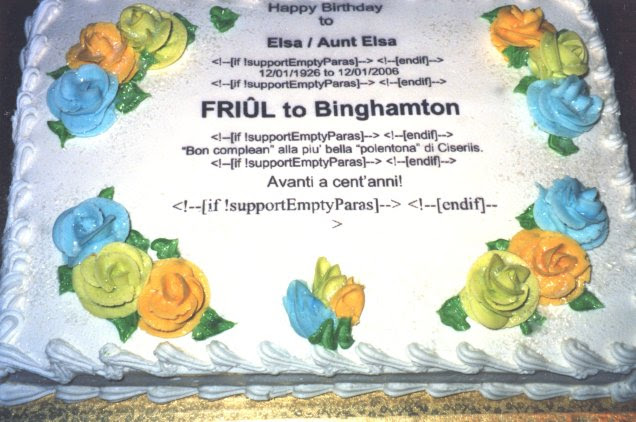 Here is a clip from a Japanese TV show where the roof of a porta-potty opens up and the whole base and toilet move up like an elevator while the person is still inside.
These people look very surprised with their asses hanging out in the wind all of the sudden...

All of Long Duk Dong's best bits from Sixteen Candles

I have to say: "No more yankee my wankee, the Donger need food!"
has made it into my everyday vocabulary. 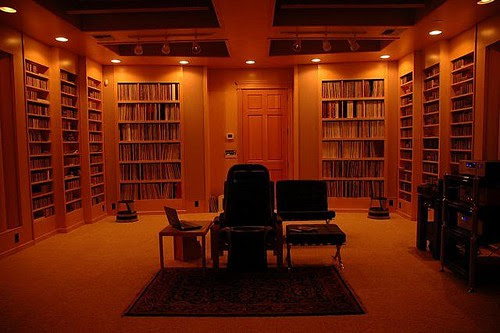 Click the link to see all of his sa-weet hi-tech audio gear.

Thanks Waxy.org
Thanks Dan
Thanks Exquisite Dead Guy
Thanks Jeff
Thanks Kris
Thanks Angie

This almost makes up for that "Pluto Is Not A Planet" crap. 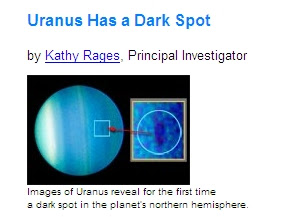 Holy Shittake! I totally remember this commercial for Atari 2600 game Pitfall but I never realized Jack Black was the kid in the commercial.
He looks like he just got fatter, but not older.

This is a clip from 'Troop of One Hundred', taken from a Japanese comedy/prank show, where a 100 people chase after random strangers and you see their reactions. Totally harmless but their reactions are priceless.
I swear to God one of 'em yells "Gojira!!!" at one point.

This hombre wrote a script that automatically added anyone who looked at his MySpace page (or the page of anyone who had looked at his MySpace Page) to his friends list, and also replaced their "Heroes" section with his name. When he was done he had over 1 Million friends and had successfully shut down the site for a couple hours.
"I have hit 1,000,000+ users. In less than 20 hours, I've hit over 1/35th of all myspace users. Every request is from a unique, living, and logged in user. I refresh once more and now see nothing but a message that my profile is down for maintenance. I messed up, didn't I. I'm now more afraid and decide I am never doing anything even near illegal ever again. To get my mind off of everything, I begin downloading a copy of the latest Nip/Tuck episode."

Nerdy: The explanation of the code.

Thanks Lee
Thanks BoingBoing
Thanks Neatorama 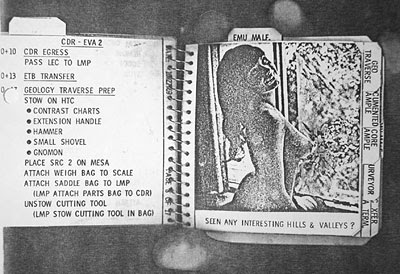 They stuck torn-out pages of Playboy Playmates and snuck 'em into the little checklists the Apollo 12 crew took into space.
::

Dave pointed out this interview with Sammy Hagar where Sammy just lays out how stupid it is for there to be rock and roll feuds and how retarded it would be if they inducted Van Halen into the Rock and Roll Hall of Fame without Michael Anthony in the band.
This almost makes up for how inane "Mas Tequila" is.

My theory continues to be proven.

A while ago I noticed that every time there is a Scarlett Johansson movie coming out some "news" story about her nudity or her boobs makes the newswires.

Now the Black Dahlia is out and an article about Sco-Jo wearing a transparent dress (several years ago) makes the papers.

Is that really news? And where are these so-called pictures?

New teaser trailer for Harry Potter and the Order of the Phoenix.
Probably my favorite Harry Potter book, excited about this movie.

Some jokers re-wrote the lyrics to Alanis Morissette's "Ironic" to make them actually ironic.
"It's like rain on your wedding day... to Ra, the Egyptian sun-god."

A terrific series of e-mails between an interviewee and a prospective employer that came to be titled "How Not To Get A Job."
The guy goes to demanding a salary and accusing the company of being racist within like three messages.

The Simpsons done in Anime style. 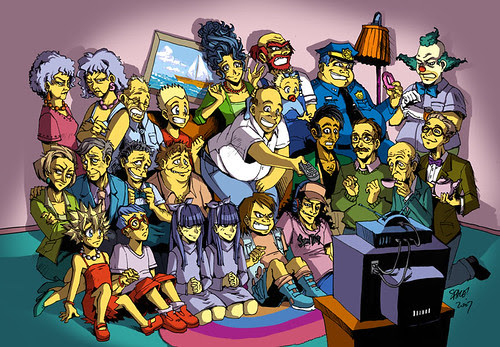 I was just thinking that when Ronald Regan died, Ray Charles died a couple days later (I remember this distinctly because I worked hard to convince myself that the flags were at half-mast for Brother Ray). And then James Brown and Gerald Ford die within a couple days of each other...